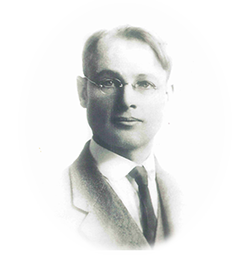 Carruthers opened operations in an area previously occupied by W. H. Clark Lumber (about 1/2 block north of Jasper Avenue on the west side of 101 Street).

When Carruthers closed their Edmonton branch in 1929 Tom established Halford Hide & Fur to take over operations which he was a share holder and a manager until his death in 1942.

Tom's two sons (John and Albert) continued business until their operations were dissolved in 1976 and in 1976 Halford Hide & Leather Company Ltd. begins operation on two lots at 105 Avenue until the great fire on February 19, 1989 which destroyed one lot.

Shortly after the fire Halford Hide & Leather Company Ltd. moved operations to 8629 126 Avenue where we are located today.

Depending on the shipping method selected, a time slot reservation might be required. It is recommended to reserve your time slot before adding all your products into the shopping cart. The selected time slot reservation is valid for the next 30 minutes. If you have exceeded this delay before placing your order at the checkout, you will need to select a new time slot.